Transitional albumen print. There were also later prints made of this series in the late 1860s. From the Rare 1858 "Le Bois de Boulogne" Series. The images from this series are extremely rare and are found primarily in French institutions, notably the Bibliotheque Historique de la Ville de Paris (for negatives) and the Bibliotheque Nationale and Musee Carnavalet. In most cases, no more than four or five prints are known to exist.

From the National Gallery of Art: "When Napoleon III became emperor in 1852, Paris had only four public parks, all in the center of the city. One of the emperorâ€™s first projects was to transform the Bois de Boulogne, a large wooded preserve on the western edge of Paris that had served as royal hunting grounds, into a grand public park. The enormous redesign entailed digging lakes and creating streams, constructing cascades and grottoes, replacing the existing straight roads with meandering paths, planting 420,000 trees, and even importing 50 deer. The park also boasted numerous public amenities: cafes, boathouses, a track for horse racing, a zoo, and a pleasure garden with restaurants, theaters, and a photography pavilion. In 1858, at the end of the renovations, Marville received his first official commission from the city of Paris to photograph the architecture and landscape of the park. Marvilleâ€™s photographsâ€”pellucid, teeming with intricate detail, and yet strangely staticâ€”perfectly convey the parkâ€™s elegant artificiality, a fantasy version of nature that catered to a growing urban bourgeoisie."

Shipping and insurance costs will be added to the price and must be paid for by the buyer. Pennsylvania buyers must pay appropriate local sales tax. International clients are responsible for their VAT and other custom's oriented charges. 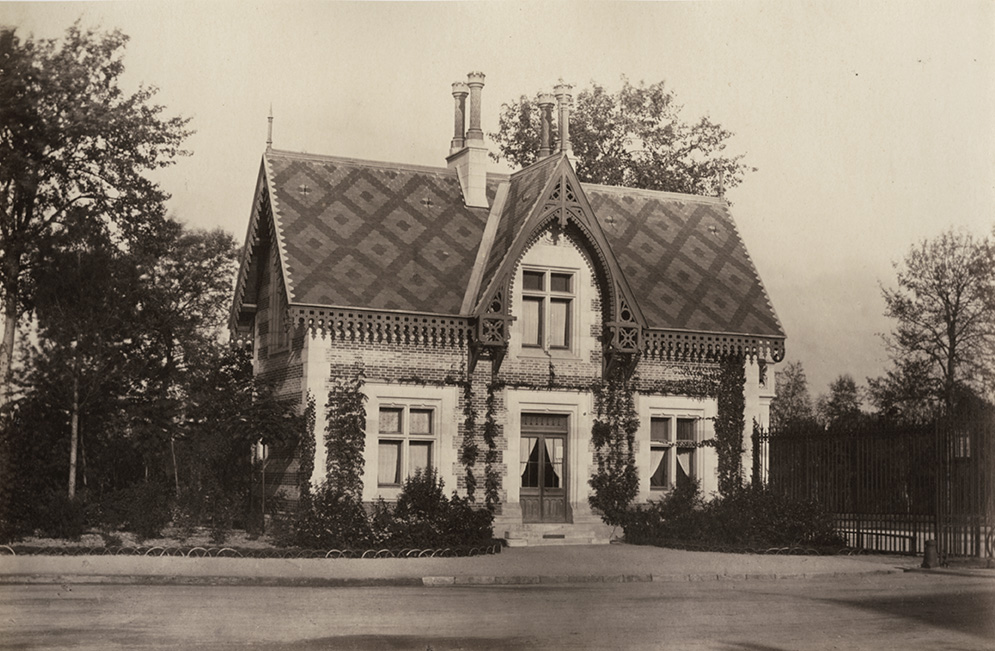